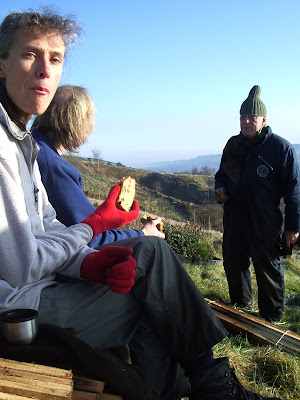 Bright cold and frosty. Very picaresque. We planted on this site last year, and we are back to plant another 1000 trees. We loaded up all 1000 trees, stakes and guards at the nursery, and when we got to the site the landowner very helpfully carted all that gear across the fields on his tractor. Saving us the donkey work. We set to digging and planting in the sunshine and managed to plant 190 trees this morning. The cake was a nice nutty and fruity fruit cake. And I nailed up the first of our waymarkers to mark our work. 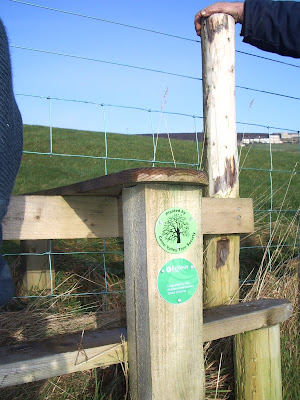 Last picture is of Brian, Cath, Dave and Trevor. 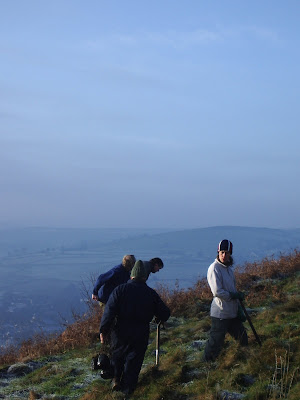 Posted by The Colne Valley Tree Society at 08:52 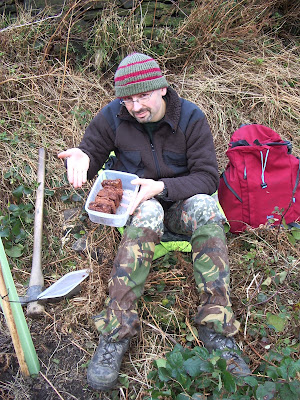 Last day on this site. We have planted 750 trees in 4 weeks, which is not terribly fast work, and is slightly worrying given our commitments this season. That said, it was a lovely day, we worked hard for no money, and we finished and tidied up. The cake was highly rated home made chocolate brownies. Next week we will be at Highwood, Slaithwaite, where another 1000 trees are due to go in. That should take us up to Christmas. Main photo is, unusually, of me. 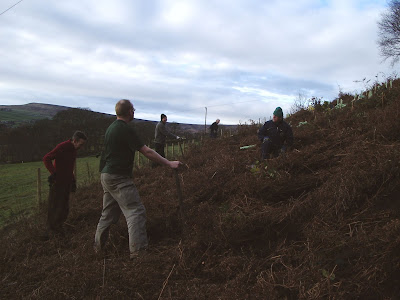 Posted by The Colne Valley Tree Society at 07:59 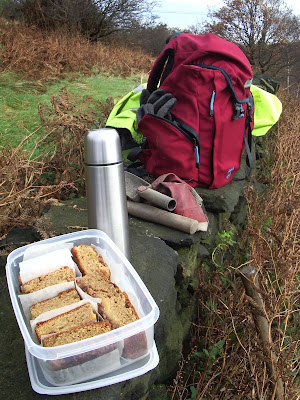 Third week at Meltham, and we finally made it on site, after another discussion about the best way to cross the various fields. We still haven't found the perfect route, this week involved some deep sucking mud, and some gregarious horses. Once work began over 200 more trees got planted. Lots of Birch, some Hazel for understory, and Oak. A nice mornings weather, mild, no rain, and even a spot of blue sky now and then. We have another 2-300 trees to plant at this site, so another two weeks work should do us easily. The cake was coffee cake,with a crunchy top. Very nice. 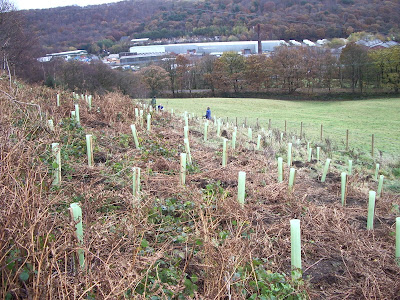 Posted by The Colne Valley Tree Society at 07:58 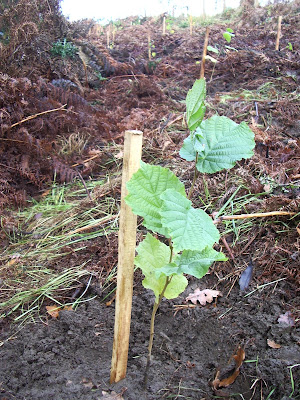 Our second week near Meltham, and this week we had trees to plant. So we went at it with a vengence and planted just over 200 trees in a morning. Mostly Hazel, some Rowan, some Birch, and a few Cherry. The mornings cake was a very very decadent coconut and fruit slice.
Posted by The Colne Valley Tree Society at 13:07 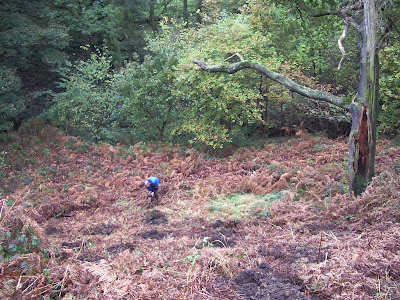 First day of the 2008/09 season, and we were on a site outside Meltham. Technically not in the Colne Valley, but still a good project. We will be planting 1050 trees in two sections, near to Folly Dolly Falls (which are, according to Jess the landowner, the 39th highest falls in England). We were expecting the trees, stakes and guards to be delivered while we were on site, but they didn't arrive until packing up time, so we had spent the morning clearing bracken and digging holes. A satisfying morning of manual labour. Next week we can do the creative stuff, deciding which tree to put in which hole. 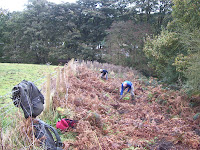 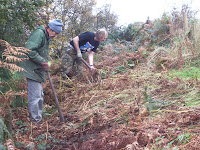 First photo is of Dave, working his way down the slope. Second is of Philip and Heidi digging away. And third is of Neil and Dave.
Posted by The Colne Valley Tree Society at 01:40