Three men and a chainsaw 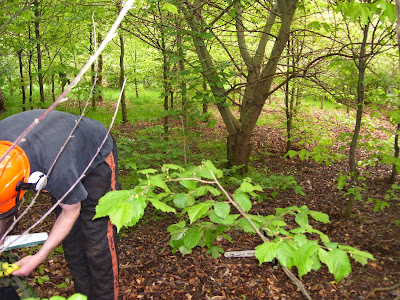 Before the sawing. The tree in the centre is impeding the growth of those nearby.

Summer's here, and the time is right, for... doing a bit of woodland management. Planting season is over, so during the summer we meet every couple of weeks and carry out tasks like pruning, thinning our old sites, and collecting planting materials for re-use. Today we were in a small wood above Cowlersley, which the society planted 8-10 years ago. Three willow trees had been identified by Guy as having outgrown nearby oaks, and so were to be chopped back in order that the smaller trees might thrive. Philip had his chainsaw, and a risk assessment form, so we were all set. I taped off the paths leading into the site, and Guy announced our intention to nearby householders. Cake was a very civilised jam sponge, which, given there were only three of us, we all ate far too much of. 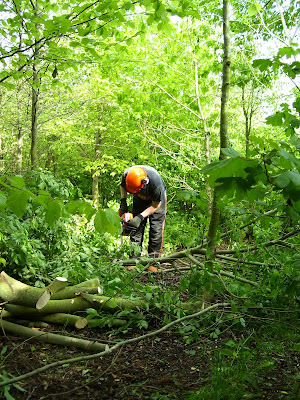 After. Philip hard at work. Look at those lovely logs. 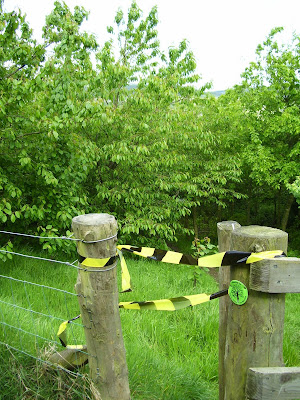 Hazard tape, and a CVTS waymarker.

Posted by The Colne Valley Tree Society at 07:45