Today's mission was to boldly go where we had gone before, and take a look to see what difference we had made. We took a walking tour of sites planted in the last few years up the western end of the Colne Valley. Myself, Dan, Ben, Geoff, Neil, Julia and Heidi - and we were joined latterly by Dave and Guy. Cake was a lovely blackcurrant jam slice. And we ended at the Riverhead Pub in Marsden.

First stop was Glen View, Marsden, where we peered over the wall to admire 2 years growth of the 1000 odd trees planted in those fields. 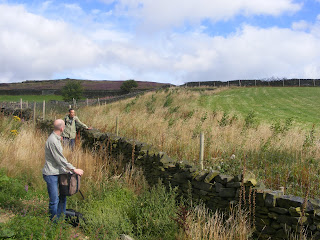 Second stop was Huck Hill, Standedge. Planting took place across several winters here, and the early stuff overlooking the Tunnel End is doing well. Stuff further back and higher up is growing more slowly, but growing. 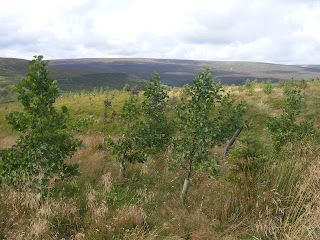 Then further west to the area around Green Owlers. Spanswicks field is doing rather better than we expected, with strong growth down the damp bottom, slower growth on the dryer upward slopes. 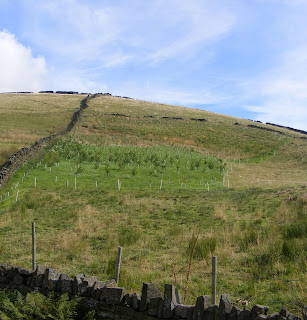 On up round the path to what was Andrassi's, which again is growing well. We had feared goats or pigs had been put in there.

Last, and sadly least, we walked down through Green Owlers Clough. The top end is looking quite good, but there have been lots of Birch die off lower down, and it looks a bit threadbare. 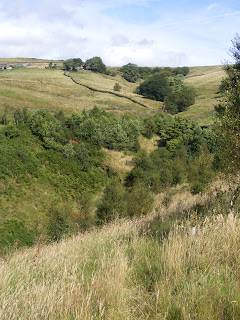